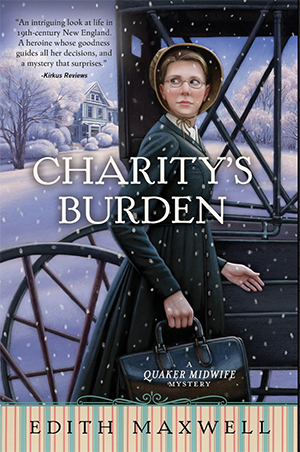 The series started when she read a newspaper article about the Great Fire of 1888 in Amesbury, one-hundred and thirty-one years ago today. The town was known at that time for its graceful well-built carriages, and the fire on the night before Good Friday burned down most of the factories on Carriage Hill.

Maxwell asked herself: what if the fire had been arson? (It wasn’t, but it could have been.) She wrote a story about a Quaker mill girl who solves the mystery of the arson, “Breaking the Silence” which was published in Best New England Crime Stories 2014: Stone Cold (Level Best Books, November 2013).

She didn’t want to let the setting and characters go, so she invented the girl’s midwife aunt Rose Carroll, based on Maxwell’s own experiences   teaching childbirth education and helping women through labors, both at home and in the hospital.

Here’s more about the books:

Delivering the Truth launched the series in 2016. Midwife Rose Carroll becomes a suspect and then a sleuth in two cases of murder. Can Rose’s strengths as a counselor and problem solver help bring the murderers to justice before they destroy the town’s carriage industry and the people who run it? The book won the IPPY Silver Medal for mystery, was nominated for both a Macavity and an Agatha Award for Best Historical Novel, and was named Amesbury, MA’s 2016 All-Community Read.

Called to Justice released in April, 2017. Rose Carroll is enjoying the 1888 Independence Day evening fireworks with her beau when a teenaged Quaker mill girl is found shot dead. After a former slave and fellow Quaker is accused of the murder, Rose delves into the crime, convinced of the man’s innocence. An ill-mannered mill manager, an Irish immigrant, and the victim’s young boyfriend come under suspicion even as Rose’s future with her handsome doctor suitor becomes unsure. The book was a 2018 Agatha Award nominee for Best Historical Novel. 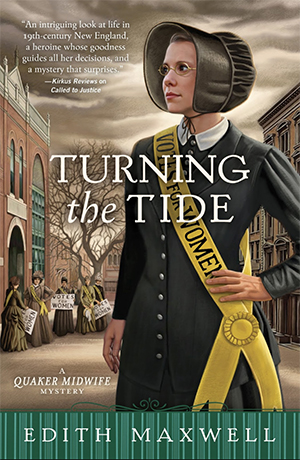 Turning the Tide, the third book in the series, released in 2018. Excitement runs high during Presidential election week in 1888. The Woman Suffrage Association plans a demonstration and Quaker midwife Rose Carroll resolves to join the protest. When she finds the body of the association’s leader the next morning, she’s drawn into delivering more than babies. Rose’s own life is threatened more than once as she sorts out killer from innocent. Find book club questions here.

Charity’s Burden came out in April, 2019. The winter of 1889 is harsh in Amesbury, Massachusetts, but it doesn’t stop Quaker midwife Rose Carroll from making the rounds to her pregnant and postpartum mothers. When Charity Skells dies from an apparent early miscarriage, the symptoms don’t match the diagnosis. Charity’s husband may be up to no good with a young woman whose mother appears to offer illegal abortions. A disgraced physician in town does the same, and Charity’s cousin seems to have a nefarious agenda. Rose and police detective Kevin Donovan race against time to solve the case before another innocent life is taken.

Maxwell has also published a handful of short stories about the Quaker Midwife.

"An intriguing look at life in 19th-century New England, a heroine whose goodness guides all her decisions, and a mystery that surprises."—Kirkus Reviews 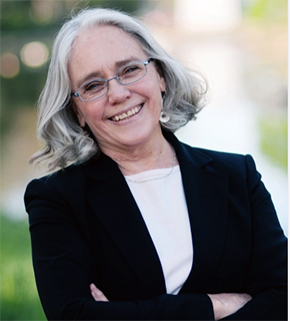 Agatha-nominated and national bestselling author Edith Maxwell writes the Quaker Midwife Mysteries and the Local Foods Mysteries, as well as award-winning short crime fiction. As Maddie Day she authors the Country Store Mysteries and the Cozy Capers Book Group Mysteries. She also wrote two Lauren Rousseau Mysteries (as Tace Baker). Maxwell lives north of Boston with her beau and three cats, and blogs with the other Wicked Cozy Authors. You can also find her at www.edithmaxwell.com, @edithmaxwell, and on Facebook.

WHERE TO FIND THE BOOKS